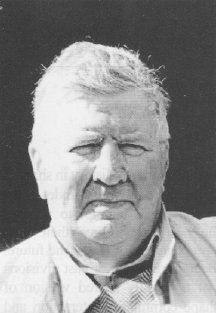 W H. (Bill) Crawford, who died on 13 July a few weeks short of his eighty­second birthday, was Development Officer of the Federation for Ulster Local Studies 1993-7. He took over from Tony Canavan at a critical time not only in its development but also in the consolidation of the standing of local historical studies in Ireland. In liaison with Janet Lundy and the committee, a programme of activities aimed at giving voice to the expanding network of societies and, in particular, in keeping them better informed of relevant developments at a number of levels, not least the academic, was undertaken. The commemoration of the sesquicentenary of the Famine and the publication (co-edited with Bob Foy) in 1998 of the authoritative work on townlands, Townlands in Ulster further established the Federation, in whose early days Bill had been, in any case, a significant influence.

Born in Coleraine on 8th August 1932, Bill was educated at the Model School and then at Coleraine Academical Institution. He won a place at Trinity College Dublin where he was taught by Professor T W Moody, doyen of Irish historical studies and the co-founder of the journal of that name. On graduating, he taught history at Lurgan College, a post he occupied until his appointment in 1966 as assistant keeper in the Public Record Office of Northern Ireland. During his time in Lurgan he embarked on what proved to be a formative research experience, on the huge Brownlow estate archive in PRONI.

Bill’s initial responsibilities in PRONI included publications and education. He was closely involved in the initiative of the then Deputy Keeper, Kenneth Darwin, to extend public and particularly educational accessibility to primary sources. These included the innovative educational facsimiles series (copies of original documents on selected curricular themes accompanied by interpretative texts, representing up to date research, and ‘translations’) several of which were oft reprinted. However, no PRONI/HIMSO publication was more influential over a long period than Aspects of Irish Society History 1750-1800, co-edited with Brian Trainor, which became something of a manual for students at all levels.

It was when PRONI moved to its Balmoral Avenue premises in the early 1970s that Bill’s educational evangelism came to the fore. Encouraged by Brian Trainor, now Deputy Keeper, who realised the value of outreach in encouraging research visits, an energetic programme of liaison with schools, universities and local history societies became an outstanding feature of PRONI’s profile. Of especial importance was the success of a scheme, in association with the Department of Education and the history inspectorate, most notably Stanley Fitzgerald and, later, John Birch and Robert Fitzpatrick, which enabled teachers to spend time, initially a term, later a year, in PRONI. This legion of trained disciples. imbued with Bill’s infectious enthusiasm and knowledge, spread the word, as it were, via the network of teachers’ centres that had been established throughout the province. The outcome was that Northern Ireland led the way in the use of primary source materials at primary and secondary schools’ level in the United Kingdom and Ireland. Of equal importance were the contacts that were cultivated at the level of local history societies and the community generally, the latter partly through the universities’ extra-mural circuit.

Prior to taking up the FULS position Bill spent the last twelve years of his professional life in the Ulster Folk and Transport Museum where, in 1980, he had been appointed Keeper of Material Culture. In this prestigious role he not only extended his academic output but was able to express his vast knowledge in the curation of a series of temporary exhibitions as well as in the permanent social history and folklore galleries at Cultra.

Throughout, he retained an almost boundless readiness to become associated with formative ventures whose initial uncertainty would have deterred less doughty souls. As a member of the committee of the Economic and Social History Society of Ireland, he was closely involved in the establishment in 1974 of the journal, Irish Economic and Social History. From 1975, he was honorary treasurer of the fledgling Federation for Ulster Local Studies, in whose early days he worked closely with Dr Brian Turner. He was also, in the mid­1970s, a part-time tutor in the early days of the Open University, tutoring a course in English urban history.

Of equal value was the role he played in the use of PRONI (and other) primary sources in third-level education while there was growing respect for his own published work Domestic Industry in Ireland, describing the spinning and weaving of linen at the household level, was first published in 1972, the first of a long series of publications on the rural economy of Ireland, particularly in the eighteenth century. Liaising with university teachers, a generation of undergraduates and in particular post-graduate students benefited from the time, thoughtfulness and intuitive understanding that were the hallmarks of Bill’s approach. Many theses and ultimately publications included a heartfelt acknowledgement to Bill’s guidance on the availability and use of archive material.

At the academic level, the festschrift Industry, Trade and People in Ireland 1650-1950, published in 2005, arising from a symposium held in 2002 to mark Bill’s seventieth birthday, reflected the breadth of scholarship for which Bill was noted. It also recognised that the (fourteen) contributors ‘represent a small number of those who have worked with, and been inspired by, Bill. ….We gratefully acknowledge that inspiration’.

Throughout his long, distinguished, productive and creative career Bill, quintessentially a family man, was supported by the love of his wife Joan and children Jenny, Corn, Owen and Clare, to whom, along with his surviving brothers Uel and George (the fourth brother, Randall, died earlier this year) we extend our sincerest sympathies. Their consolation lies in the countless people, many of whom became friends, who are indebted to engagement with their husband, father and brother in an exemplary career of public service and historical research.