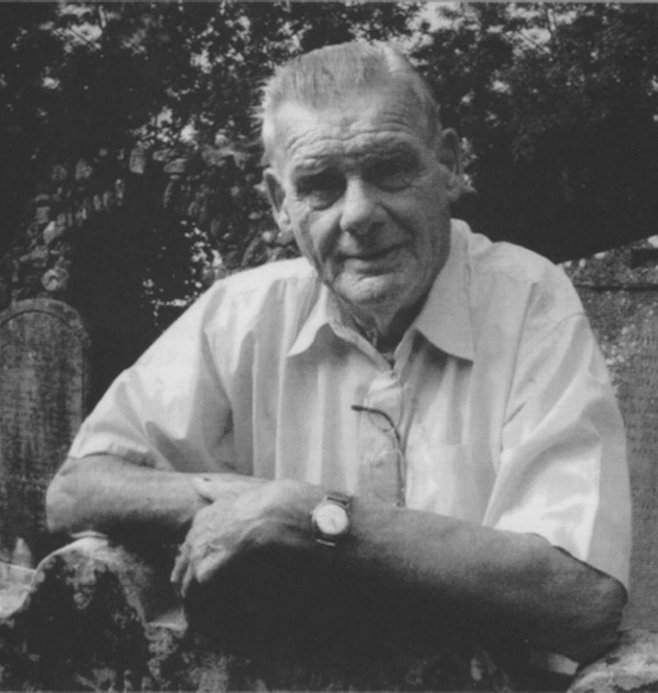 A common sight in the villages around Ballyclare in recent years has been a dapper elderly gentleman in cords and a tweed cap driving an immaculate vintage tractor Ernie Scott, local historian, poet and raconteur, had returned happily to the days of his youth when he won the title Young Ploughman of the Year. The huge attendance of mourners at his funeral (with the beloved tractor parked at the church door) was evidence of the widespread affection and re­spect in which he was held. A party from County Kildare led by Larry Breen, chairman of the Federation of Local History Societies, was a reminder of the cross-border activity he had encouraged so enthusiastically once political tension had eased here. The presence of a BBC man acknowledged the valuable recordings he had made for their archive with his astonish­ing recollection of the minutiae of rural life in east Antrim and the dialect in which that life was conducted. His books on the villages of Ballynure and Straid fulfil the same purpose from a personal view.

Glimpses from my own memories are of Ernie when chairman of the Carrickfergus Society hosting a Victorian soiree in a very fine kilt or grinning broadly as a caravan of cars chased around the countryside in a treasure hunt while the occupants puzzled over his clever rhym­ing clues. In 1987 when he was on the committee of the Federation for Ulster Local Studies the autumn seminar, in Loughry College, was on “Customs of the Year” and a rapt audience heard him reciting his own composition in dialect in the best tradition of the Weaver Poets. Ernie Scott was an ever helpful friend to all who knew him and stories by him and about him will keep his memory alive throughout the local history world. We sympathise deeply with Marjorie and their four daughters in a loss felt by us all.