Thanks to the co-operation of Libraries NI, this Exhibition was the fourth of six being mounted in libraries in Northern Ireland over the next year. Prior to the launch, members of the Federation’s executive Committee had met with representatives of some of the Societies in the area to plan the exhibition and manage the publicity. Thanks in particular is due to Berkley Farr of the Lecale and Downe Historical Society an to Joan Magee and Briege Stitt from the Library for their contribution then and at the Exhibition itself.

Launching the Exhibition, Pat Devlin said that the Hidden Gems and Forgotten People project was a joint island-wide enterprise with the Federation of Local History Societies. The joint website, www.hidden-gems.eu, held many hundreds of stories of people and places all over the island of Ireland – well worth a look. He hoped that the Exhibition would stimulate local interest and encourage local people to identify people and places for inclusion. The only criteria for inclusion were that places must still exist and people must be dead.

There is a rich variety to be found on the website. The Forgotten People profiles reflect a wide range of callings and professions, with roughly equal gender numbers. There are artists and aviators, boxers, businessman and businesswomen, diplomats, engineers and entertainers, international civil servants and journalists, teachers, suffragists, sportspersons, singers, scientists and social reformers, soldiers and sailors, photographers, physicians and philanthropists, writers, playwrights and poets, Victoria and George Cross recipients, and ‘ordinary/ extraordinary’ people.

Introducing Berkley Farr, Chairman of the Lecale & Downe Historical Society Pat said that The Society an amalgamation of the Downe Society, founded 70 years ago, in 1947, and the Lecale Historical Society established in 1974. They combined in 2009. The Society has produced an annual journal since 1983. Berkley has been a member of its Editorial Committee for about 10 years. 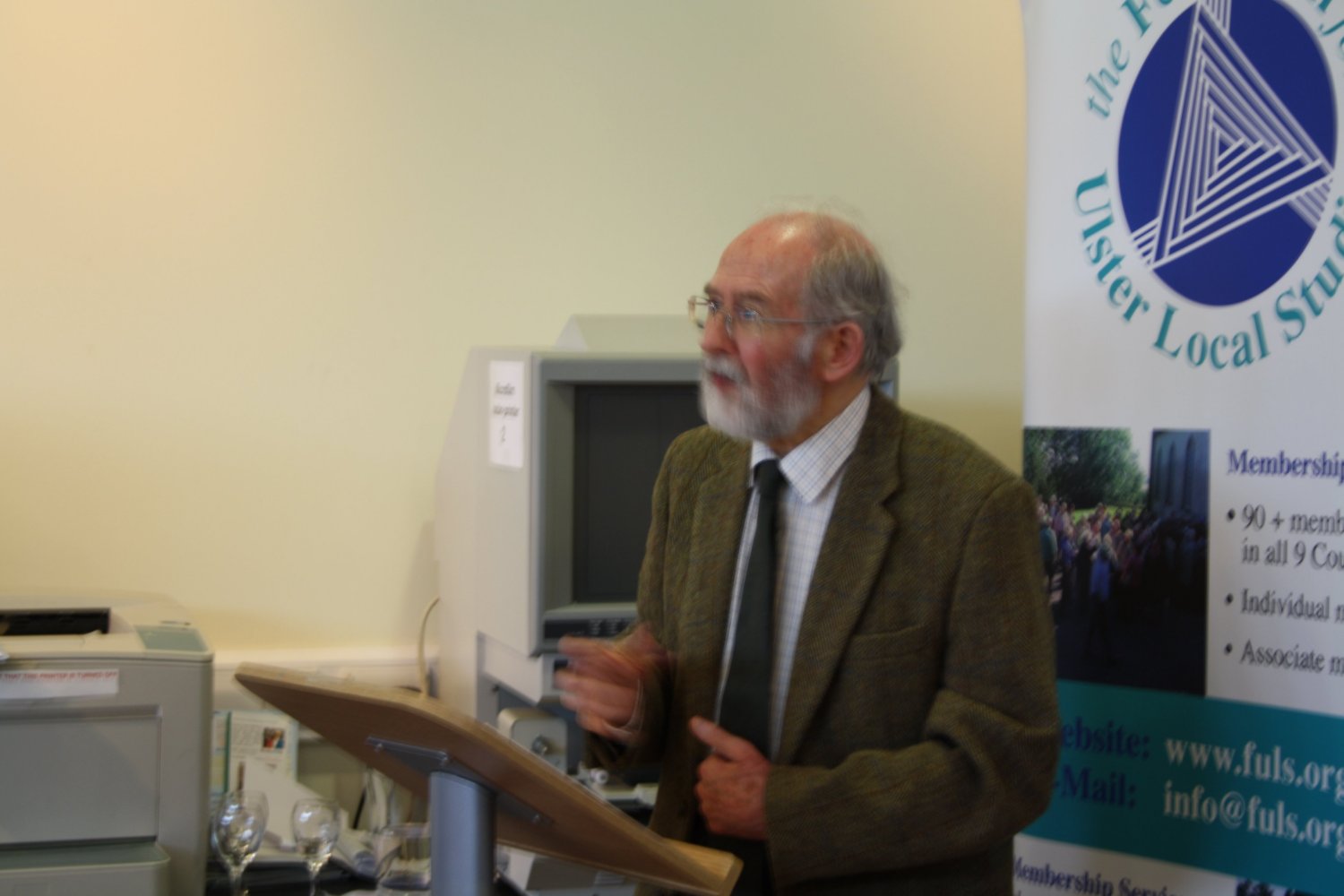 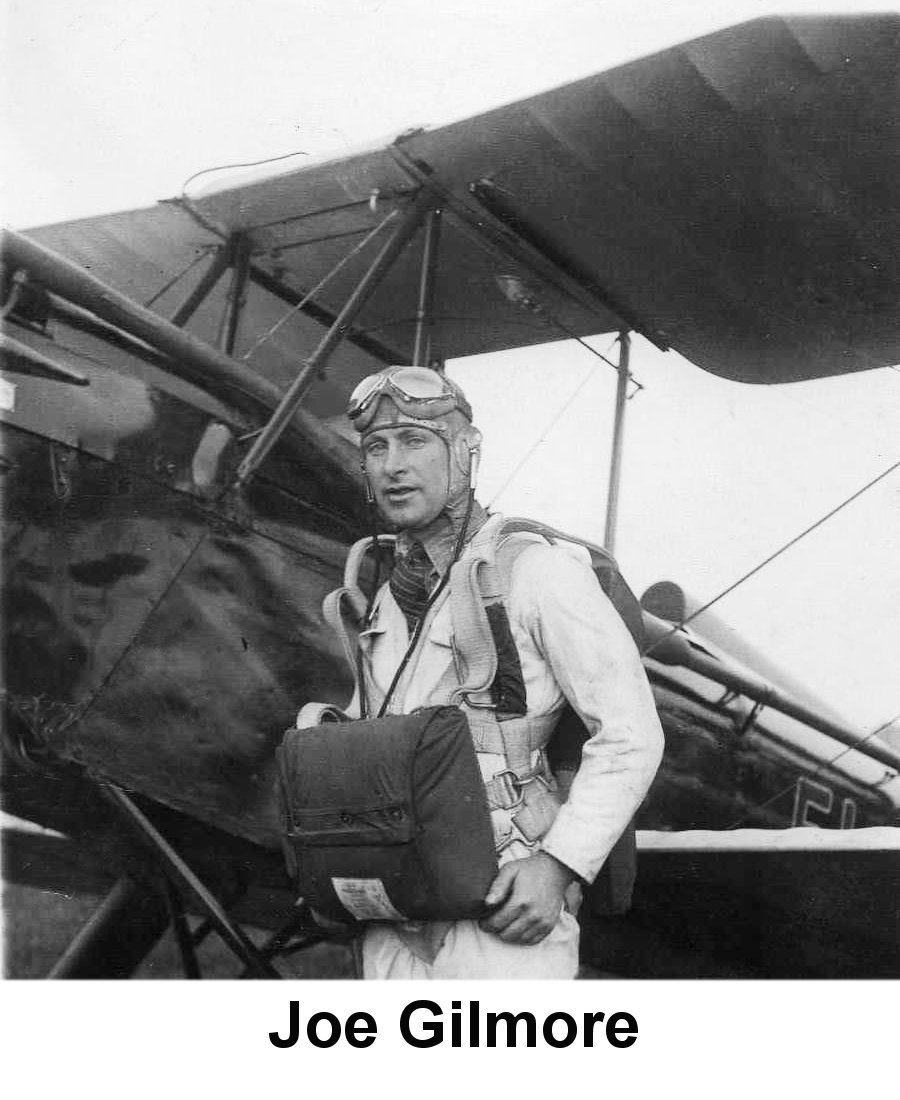 Berkley congratulated the joint Federations for the development of the website with its wealth of detail, some of which had been contibuted by the Lecale Society. Comparing the ongoing development of the project he compared it to the effort involved in maintaining the Society’s journal. This now amounted to 35 continuous editions. Faced with the neeed to fill 100 pages one wondered how it would be even possible but the material somehow appeared, as if from nowhere. Over the years many of the articles were of hidden gems and forgotten people. The editorial policy was to have a mix of articles; some academic; some by people who had never written before. In the current issue is Lady Ann Ward, by her sixth great grandson, the diary of an eighteenth century Lecale farmer, a local author who took his pen name from a sign in a shop window, the story of marine rock and its chequered history. Earlier editions featured Lady Mabel Annesley, a noted artist, Patricia O’Connor, playwright, Madeline King-Hall of Inch, author and others. These were examples of local historical Societies contributing to the preservation and celebration of individual achievement that might otherwise lapse from memory. Berkley wished the Exhibition and the project, every success.

Introducing Brian Turner, President of the Federation, Pat recalled his unique contribution to the establishment and development of the Down County Library, from a direlict former prison to one of the foremost local museums in Ireland. Brian was an eminent historian and author of many books and conributions to historical journals. In particular he was an expert on townland names and histories. 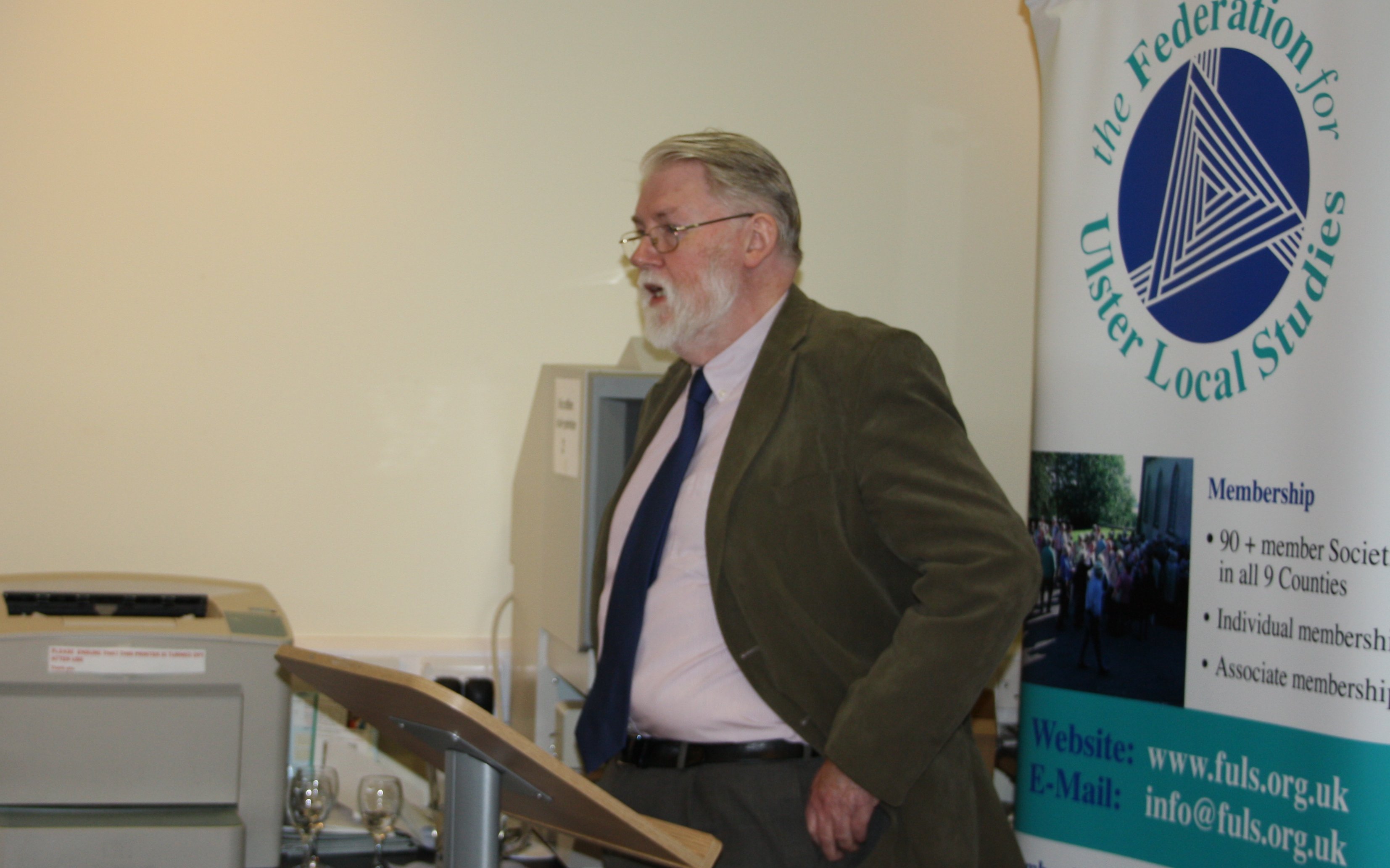 Brian, commenting on the cooperation between the Federations North and South, which he firmly supported, said that he had been born in Cork and spent his youth there, in Birr and in Donegal. Looking through the website he noticed the Ballincollig Gunpowder Mills. Once the second largest gunpowder mill in the British Empire it was now a park. Next to the mills was Ballincollig Army Barracks where is grear great grandfather has been the barracks sergeant. He died in 1897 and was buried in the Cork Cemetery. After independence the cemetery, by then with over 900 graves, was vandalised, with gravestones broken and scattered about, and lay abandoned for over 90 years until a local historian, Sean Healy, discovered a family connection and set about restoring it, collecting and reassembing the bits, identifying over 300 of them, including that of Brian’s great grandfather. It is now a public park. This shows the power and influence that one local historian can have in the recovery of lost history.

Pat Devlin thanked Brian for his interesting, thought-provoking and enjoyable address. He hoped the event had sparked interest and perhaps helped people think of some Gems and People in their own localities. The Federation was ready to help work these up, with full acknowledgement of the contribution on the website. He suggested people take the opportunity to sample the Exhibition and commend it to their families, friends and colleagues. There was a supply of leaflets about the Exhibition, the project and about the Federation. He invited people take some, to give to friends and colleagues. He thanked Joan Magee and her colleagues, Briege Stitt for their unstinting assistance in setting up and hosting the exhibition and the staff of the Library.

Following refreshments, people visited the Exhibition, many expressing their appreciation of and interest in the project. The next Exhibition launch is planed for the Enniskillen Library on 11 May.