The April seminar in Ranfurly House Dungannon on Sat 13th April on Doing Local History proved highly successful for all those who attended the event. Representatives from Cookstown, Donaghmore, Armagh, Lisnaskea, Newbuildings, Portadown, Ballinascreen and Banagher and Downpatrick were in attendance and the series of presentations proceeded smoothly after initial technical difficulties over the sound recordings. 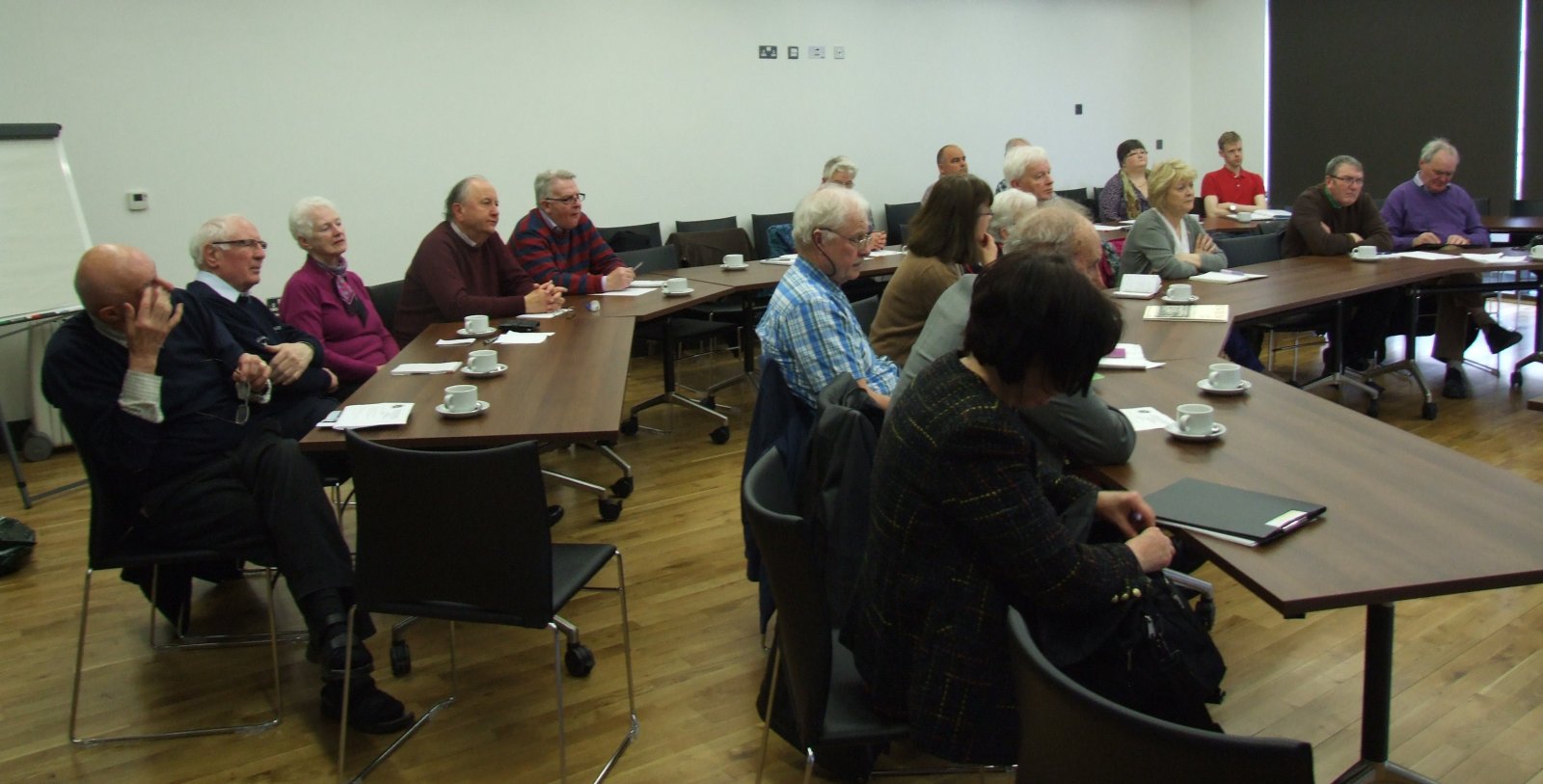 Dr Ian Montgomery from PRONI talked on the value of maps in a local study and this was highlighted again in the afternoon session by Dr Bill McAfee when he was explaining how family locations within an area could only be pinpointed by using the valuation maps. 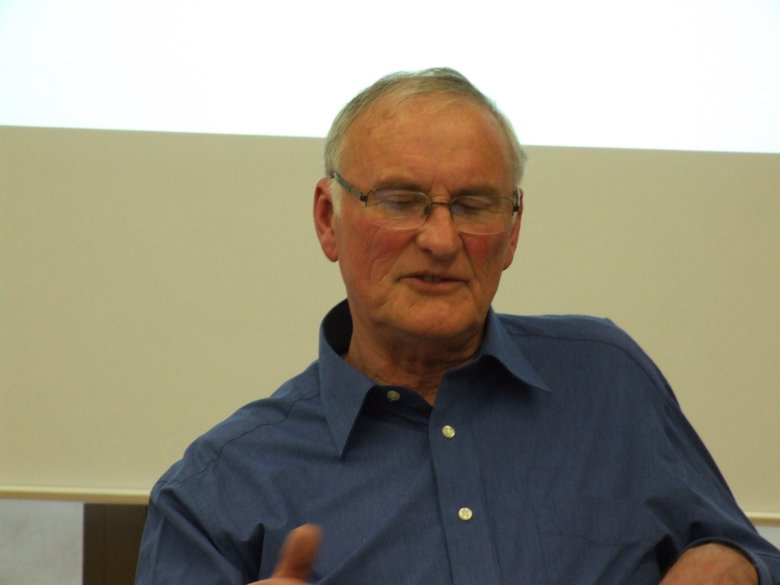 Dr Ian Montgomery and Dr Bill McAfee
Dr Johanne Devlin Trew gave a fascinating talk on how to succeed in recording oral memories while Federation chairman, Roddy Hegarty examined how urban buildings can throw up fascinating questions on the changing nature of many premises and the people who occupied them. 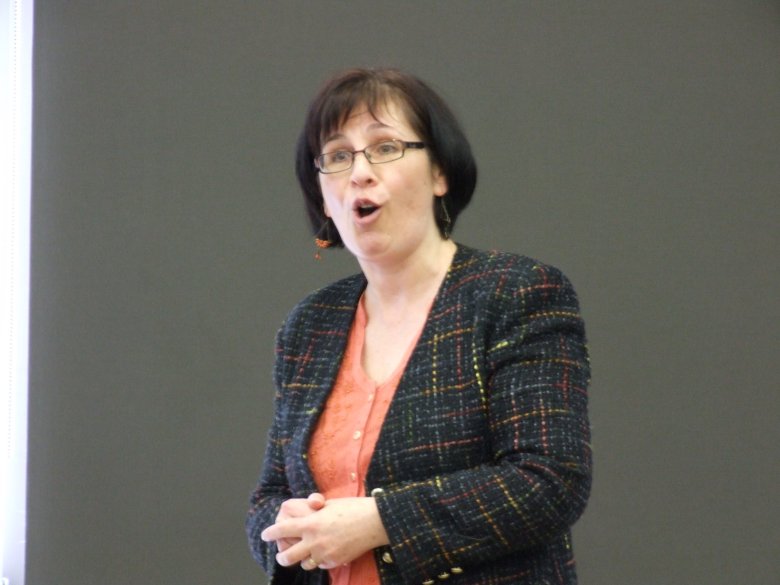 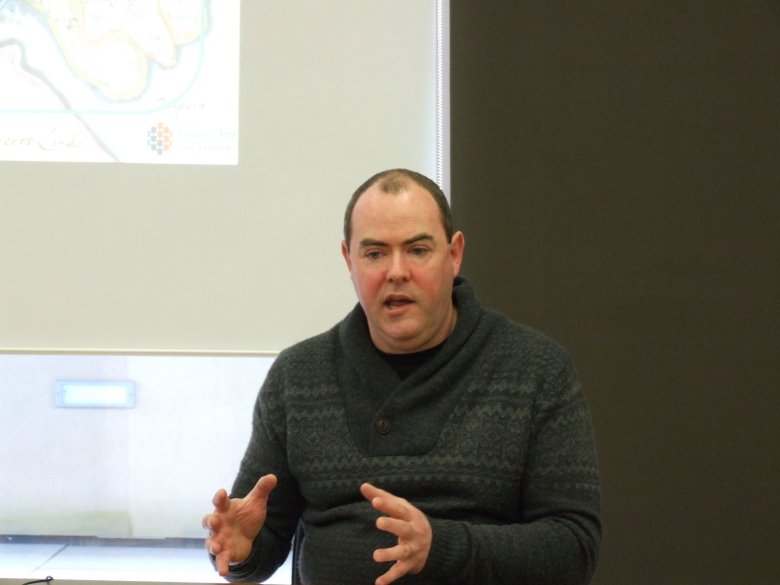 Dr Johanne Devlin and Roddy hegarty
Bill McAfee had made an in-depth study of his own townland and his mastery of the details of family connections and locations within the area demonstrated the richness of source material available and also the need to take account of the oral traditions that can help explain the written accounts. Each presentation was followed by a question and answer session and a general review at the end proved highly informative when some of those involved in the People and Places project provided overviews of their local projects.

The seminar was provided through the support of the Heritage Lottery Fund as part of the Federation led local studies programme, People and Places – the story of our local Community where six local groups throughout the province are preparing a local study of their area. A follow up seminar will follow in June and once again this will be open to member societies of the Federation.