The normally quiet village of Inniskeen, Co. Monaghan came alive with a great buzz of activity at the Patrick Kavanagh Centre in the heart of the village on Saturday, 1st December when local historians from all over the island gathered to celebrate local history with a seminar entitled “Local History Ireland”.

The seminar, which was organised jointly by the Federation of Local History Societies and the Federation for Ulster Local Studies, attracted a large audience of eighty people who were not disappointed by a series of lectures designed to whet the appetite of any one interested in local history and their community. The location was well chosen and proved a poignant reminder of the great Patrick Kavanagh who had been both born and laid to rest in the village where he grew up. The Centre echoed with many stories during the day which I am sure would have intrigued and captured the attention of Inniskeen’s most famous son.

Delegates had travelled from all over the country representing many local history groups from counties Kildare, Meath, Dublin, Roscommon, Westmeath, Offaly, Leitrim, Louth, Longford, Monaghan, Cavan, Tyrone, Antrim, Armagh, Down, Derry and even as far away as Ballincollig in Co. Cork. The impressive programme covered a wide range of local history and related topics.

Delegates at the Seminar listen to the discussions 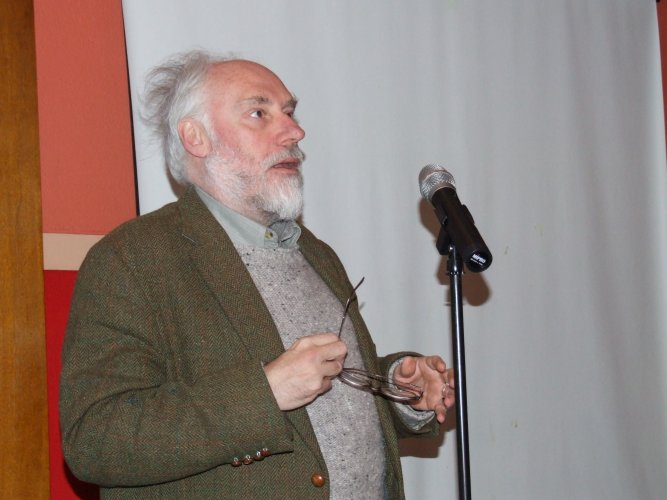 The morning sessions were chaired by Roddy Hegarty, Chairman F.U.L.S. The Keynote address, delivered by Pro. Raymond Gillespie N.U.I Maynooth, proved to be a most thought-provoking, interesting, entertaining and informative presentation. Dr. Gillespie, in his own inimitable way, explained how one could identify and extract the hidden history which is not always obvious but which does more often than not lie behind the stories of ordinary people in ordinary places thereby explaining the reasons for many local customs. What often appeared at first glance to be unusual was on closer scrutiny perfectly explainable.

This was followed by a most interesting talk on the subject of a project developed by the two Federations called “Hidden Gems & Forgotten People.” Larry Breen of the F.L.H.S and Pat Devlin of F.U.L.S outlined how the project started and its development over the last few years. They illustrated this with examples of Hidden Gems & Forgotten People which had been submitted and were now on display on the Hidden Gems website www.hidden-gems.eu

Larry Breen and Pat Devlin
Representatives from six history societies spread across the whole island made a presentation and each shared one of their hidden gems with the audience. These were John Hulme, Carrickfergus & District Historical Society, Betty Quinn, Old Drogheda Society, Padraig Laffan, Foxrock History Club, Maud Hamill, Abbey Historical Society, Roderick MacConnail, Ballicollig Heritage Association and Liam Devlin,Ulster History Circle. The purpose of the project was to draw attention to and to celebrate some of the lesser known but interesting places and buildings on our island; those often overlooked in tourist brochures or guided tours, and of the many interesting and often inspiring individuals not known outside their own locality whose stories are untold or forgotten. 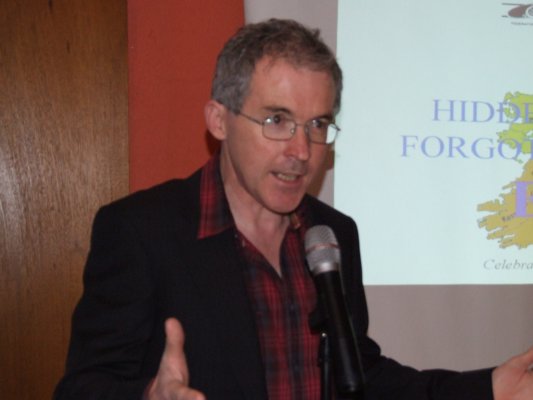 A new promotional leaflet on the Hidden Gems & Forgotten People Project was then officially launched by Irish Times Journalist Frank McNally, himself a Monaghan man. The promotion is designed to widen participation in the project and extend it to the public in general and not only local historians. Frank said that on browsing through the project website he had been very impressed by the stories it told and jokingly remarked that it looked like a great potential source for his newspaper column. He said he was proud to launch the promotion and wished the federations every success with the project.

The afternoon sessions, chaired by Frank Taaffe, Chairman of the F.L.H.S. began with an absorbing presentation on the subject of “Researching & Preserving Local History and Archives.” Roddy Hegarty, Director of the Cardinal O’Fiaich Library & Archive, spoke on how to establish a framework for capturing and keeping local history. Roddy basically broke the approach down to two basic functions namely, what is being researched and who is the audience. He cleverly and clearly built his approach on the where, when, why, who and what questions which he then proceeded to answer. Again the talk left the audience with a lot to think about.

Frank Taffe and Roddy HegartyThe concluding sessions were on the topic of Oral History and Folklore. Ida Milne of Oral History Network Ireland gave a very informative lecture on the guidelines and methodologies of oral history recording, archiving and preserving. She explained the many pitfalls of recording people, the importance of sensitivity and to be aware of the legal obligations that must be adhered to.

Ida Milne and Eamon ThorntonIda’s talk was complimented by Eamon Thornton from Millmount Museum who presented some practical and real examples of oral history recordings in a most striking and unique style. Eamon spoke very personally and passionately about his own experiences in oral history recording and the satisfaction he got from being involved in the process. There then followed a plenary session of questions and answers with the speakers panel which proved to be lively, interesting and entertaining.

Great credit to all the speakers who provided a real “feast of local history” on the day.

Special thanks to the Patrick Kavanagh Centre and all their staff for providing a great facility matched with excellent service and to the catering company who provided excellent food and refreshments. 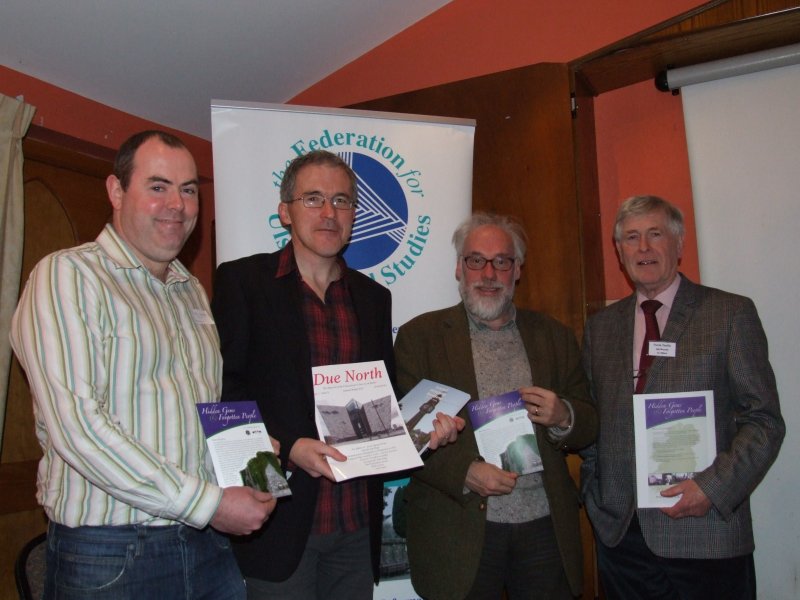 Roddy Hegarty (FULS), Frank McNally (Irish Times), Prof. Raymond Gillespie (NUI Maynoothe) and Frank Taffe (FLHS)Special thanks to the Patrick Kavanagh Centre and all their staff for providing a great facility matched with excellent service and to the catering company who provided excellent food and refreshments. 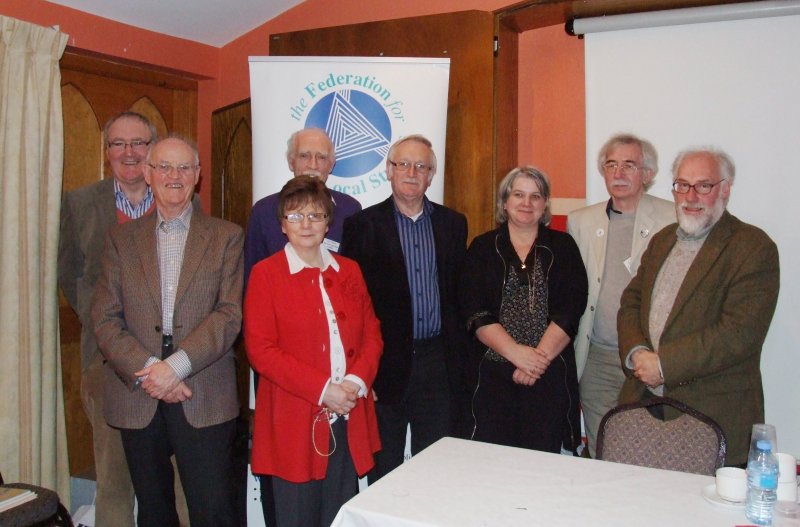 Bridgeen Rutherford (Secretary FULS) makes a presentation to former Treasurer Pat Devlin, for his work over the past five years
Categories: 2012, NewsDecember 5, 2012
Search
Go to Top