FULS AND FLHS PROMINENT AT THE FIRST EVER HISTORY FESTIVAL

The recent Festival of History held in County Carlow proved to be a great success. The event conceived and organised in conjunction with Eigse and the Carlow Arts Festival by Turtle Bunbury, well known Broadcaster, Author and Historian, was held over the two days of 9th and 10th June at the beautiful Lisnavagh House near Rathvilly in Co. Carlow. 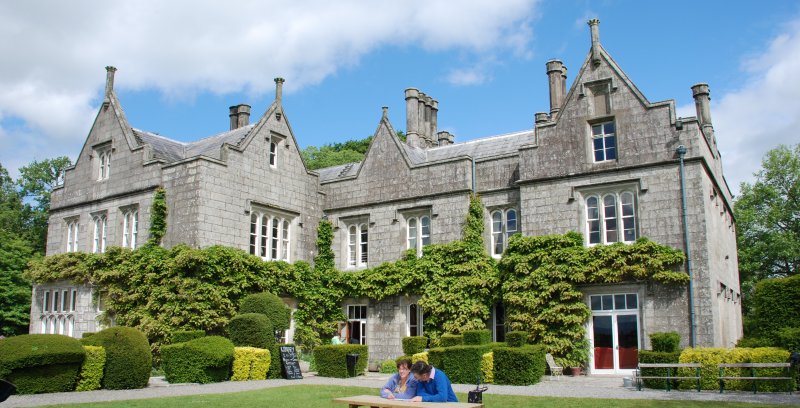 Lisnavagh House
The festival included presentations on a wide range of topics from some of the most prominent and well-known historians and personalities in the country. People like Myles Dungan, Partick Geoghegan, Diarmuid Ferriter, Manchan Mangan, David Norris, Ruth Dudley Edwards, Kevin Myers, Catriona Crowe and many others spoke on a wide range of subjects. These included anything from the importance of the Queen’s visit, the Eucharistic Congress, the Irish in World War 11, and our own Hidden Gems and Forgotten People.

Enjoying the sunshine
Lisnavagh, a fine Tudor-Gothic House, set in its own beautiful grounds provided a perfect setting for the event. The house together with a large marquee, specially erected for the occasion, were the venues for the talks which operated continuously for the duration of the two days. The fine summer weather allowed the delegates the added bonus of relaxing in the sunshine, having a snack and enjoying a drink on the lawn in between the feast of history on offer. 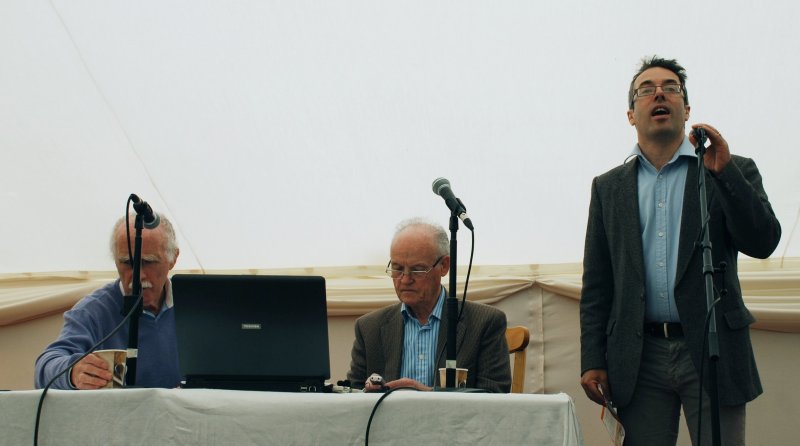 Turtle Bunbury opening the Festival and introducing the first event – Hidden Gems and Forgotten People
Pat Devlin FULS and Larry Breen FLHS gave a presentation on the subject of Hidden Gems and Forgotten People a joint project currently being promoted by the two federations. The presentation at the same time offered the opportunity to promote and advertise the federations to a wide and captive audience. The talk outlined the history of the federations since they were formed in the 70’s and 80’s , what their objectives were and the activities engaged in over the years. This included the Lawrence Collection, Our Own Place and the recent National Library of Ireland Project to help digitise the collections.

Pat and Larry then delivered a presentation on how the Hidden Gems project started, the work that had been done, and the progress that had been made to date. Selected examples from a range of contributions, from both North and South and representing hidden gems and forgotten people were presented on the large screen and explained by the speakers.

Our talk was the first of the festival so we got the privilege of kick starting the event. The presentation was well received by a large and attentive audience. During the presentation we were able to distribute our new hidden gems leaflet together with a contribution form.

A Federations Stand was strategically set up in the marquee with backdrops and promotional/information literature on display. People were invited to take the hand outs and many people did over the two days. The occasion also allowed those society members in attendance to meet and share the experience. 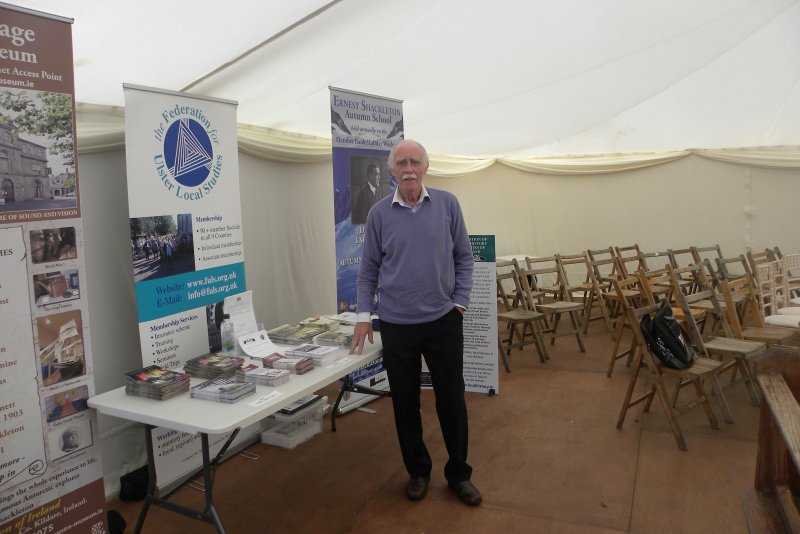 Larry Breen with the Federations’ Stand
The new Hidden Gems and Forgotten People leaflet was well received and we now plan to have an official launch of the leaflet both in the North and South before the end of the year. We think it was important that the federations were represented at this unique event, that we were able to rub shoulders with some of the elite of the history world and that our joint contribution was well received and of benefit to all concerned. It was generally agreed that the “Double Act” of Pat and Larry worked well.

Members of both Federations with Turtle Bunbury
Categories: 2012, NewsJune 20, 2012
Search
Go to Top