Historians from the Federation of Local History Societies in the South and the Federation for Ulster Local Studies in the North recently visited Naas as part of their “Urban Experience” exchange programme. The Federations who represent local history societies from all over the island of Ireland engage annually in this joint activity to interact with each other, share experiences and develop friendships.

The day started when over seventy visitors were given a civic reception by the newly elected Mayor of Naas, Cllr. Seamie Moore in the beautiful setting of the old town hall chamber. Larry Breen, Chairman of the Federation of Local History Societies and the organiser of the visit introduced the Mayor, Cllr. Moore to the visitors. In welcoming the group the Mayor said, “this type of cross border activity is to be welcomed and it is very important in helping promote a mutual respect and understanding between all the traditions on the island.” He said it was a pleasure to welcome the visitors to his home town of Naas and he wished them well for the rest of their day. 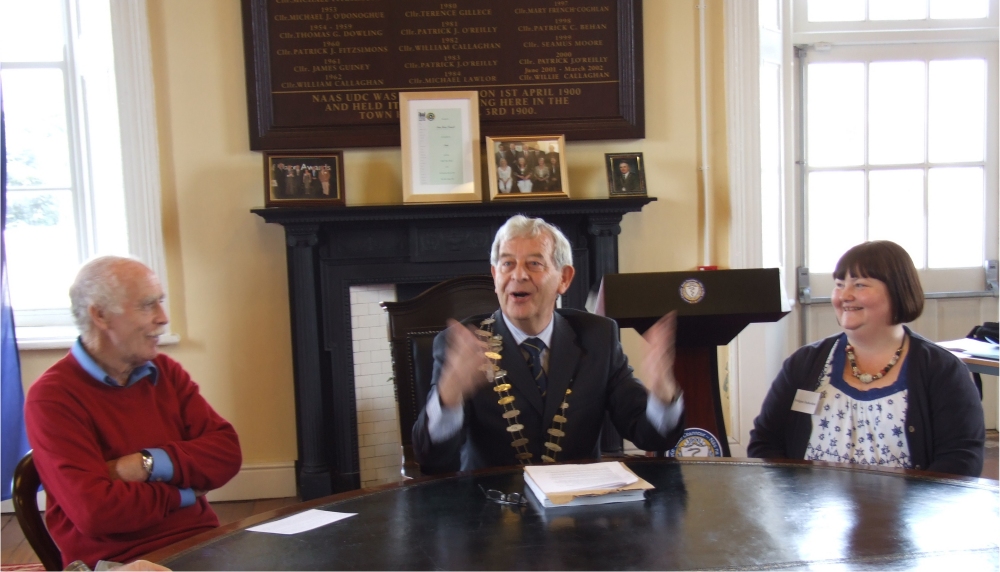 The full group with the Mayor
Naas Local Historians, Paddy Behan and Liam Kenny then outlined the chequered history of the town to the delight of the audience. This they did with the assistance of the fine set of Richard Butler paintings which depict the events that shaped the town’s history and which adorn the walls of this unique chamber. To mark the occasion of the Federations visit, copies of the “Nas na Riogh” book were presented to Bridgeen Rutherford, Chairperson of the Ulster Federation and to Fr. Sean O’Doherty, President of the Southern Federation. During refreshments, which were courtesy of the Mayor, people were given the opportunity to view first hand the unique Fitzgerald banner in possession of the town council and which was especially on show.

Paintings by Richard Butler
There then followed a historical walking tour of the town centre conducted by Paddy Behan and Liam Kenny. The visitors were able to visit the North Moat, the Canal harbour, the Courthouse and St. David’s Church and St. David’s Castle. All present were captivated by the long and varied history of Naas from its earliest beginnings to modern times. The visitors were particularly interested to learn about the medieval history of Naas and it’s strong Welsh connections with the Anglo-Normans. 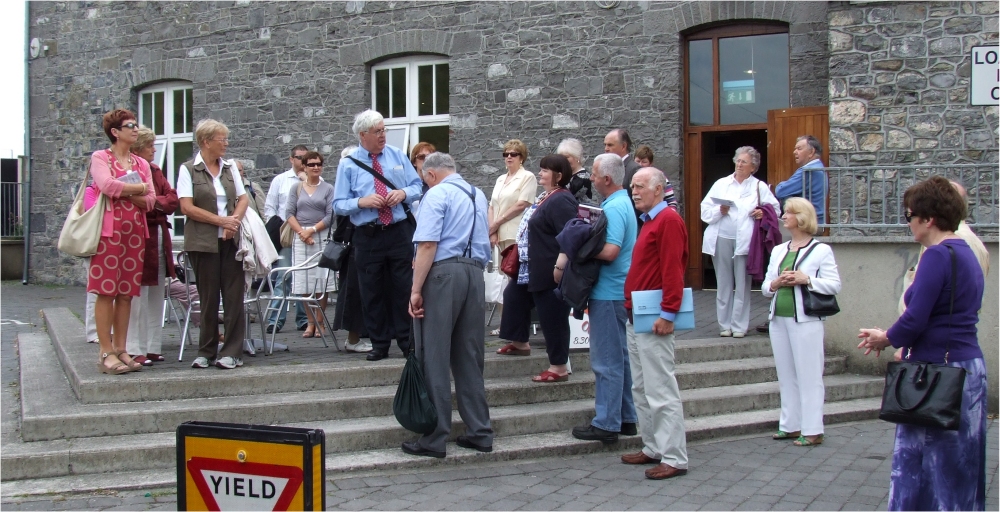 More of the Heritage Trail
Dinner at Lawlors Hotel, another famous landmark in the town’s past, proved to be a culinary delight with the hotel serving up an excellent meal.

The afternoon saw the group leave for what turned out to be a memorable visit to Palmerstown House, the ancestral home of Richard Southwell Bourke, 6th. Earl of Mayo and known locally as the “Pickled Earl”. This latter title arose because after his assassination in India, he was apparently returned home for burial in Johnstown in a barrel of rum. Now owned by businessman Jim Mansfield the house presented a unique opportunity to go back into the now bygone days of the Big House and all its splendour. Beautifully restored and maintained it proved an overwhelming experience for the local historians who found it difficult to leave the place. Hostess for Palmerstowm House, Rita Keogh, welcomed everyone and gave a contemporary history of the house and how it had been restored to its former glory. Local historian and Chairman of the Kill Historical Society, Brian McCabe, gave a most interesting and riveting account on the history of the house, the family and many stories associated with the Bourke family as landlords of the local community. 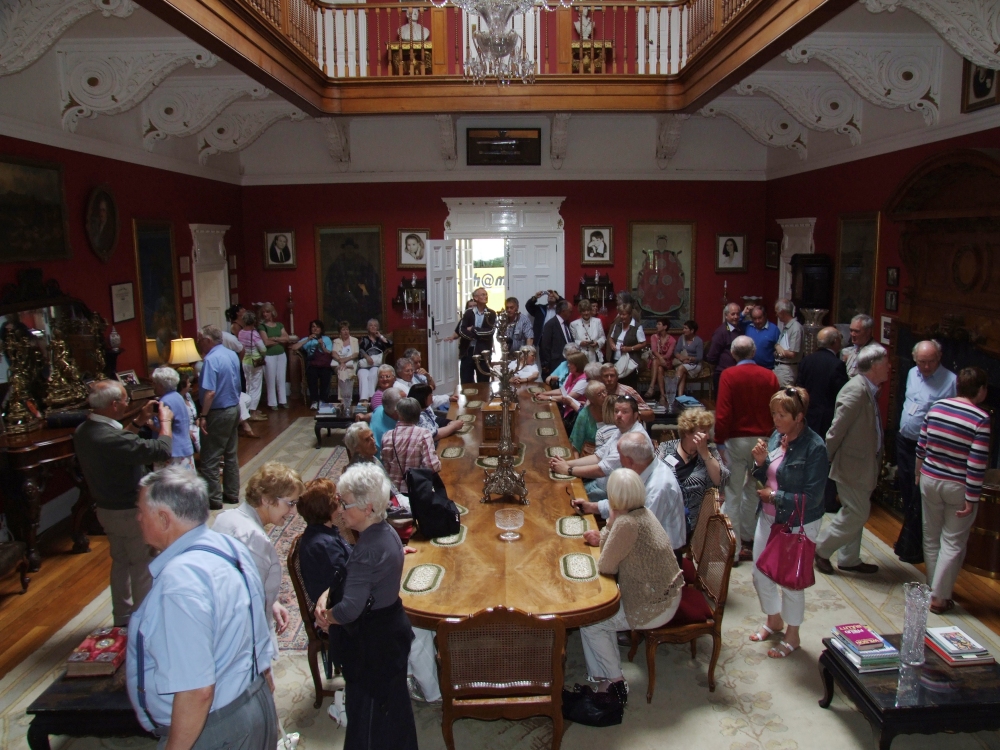 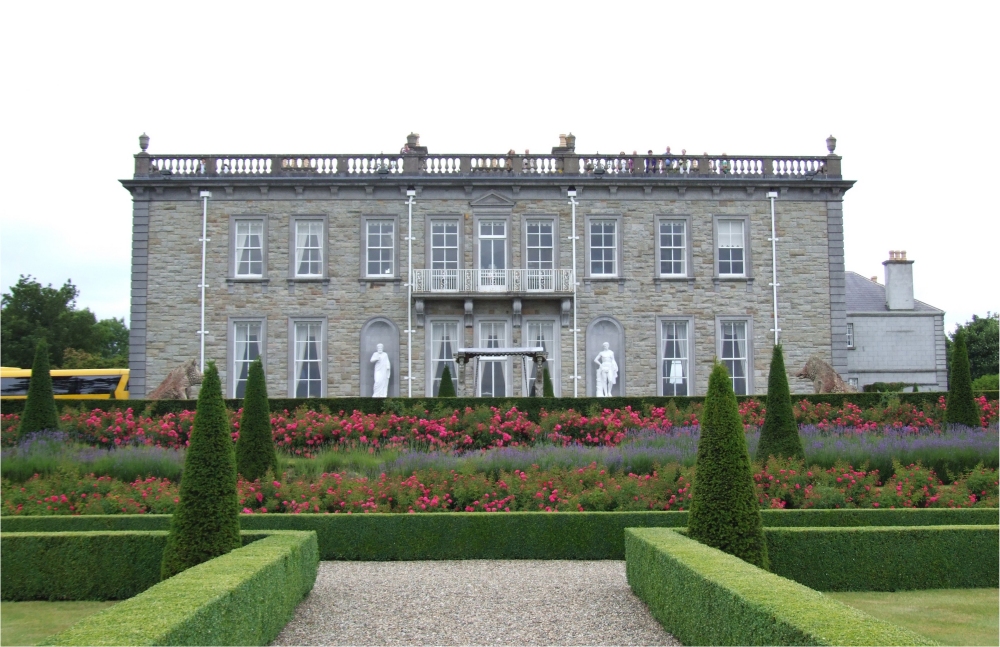 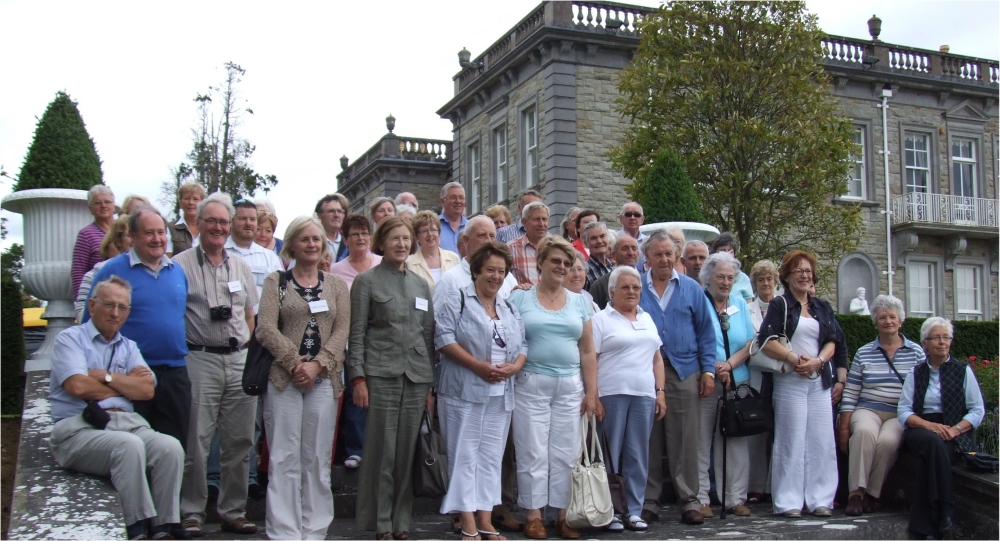 Final photo-call
All that remained after a day to remember was for people to say their goodbyes and leave for home in the knowledge that many old friendships had been renewed and new ones formed.
Categories: 2010, NewsJuly 8, 2010
Search
Go to Top